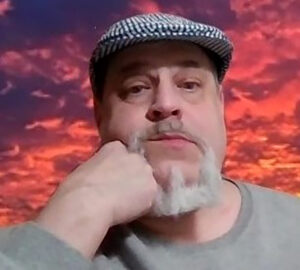 Across the gridded globe of online poetry open mics, Bryan Franco’s is one of the most familiar faces — though unlike your poetry editor and many other participants, he’s particular about how long you’ll be able to look at him within a Zoom rectangle. “I am a very socially awkward person,” he admits, during a phone call from his home in Brunswick, Maine, “so I don’t like having people watch me doing nothing.” That is, when he doesn’t happen to be reading one of his often insightful, funny, and honest original poems about social awkwardness, self-realization, family nostalgia, and sometimes food. Here’s a serving from Franco’s “Green Figs Are Better Than Black Figs”:

I believe figs exist on earth
because a drunken angel
dropped a few figs
from his cloud condo:
they fell into a fertile field
and the next Spring,
a new tree grew
bearing flowers
producing a fruit
with the taste of ecstasy.

Bryan, now 55, is so much into food that when his name is announced in a Zoom open mic, he shows up against a background formed from a closeup of some of his favorite vegetables, berries or fruits. This predilection dates back to his raising in Mobile, Alabama, in a “pretty positive family” where meals were a means of sharing love. The awkwardness emerged in school, where “I was not the most popular kid [and] I had a lot of learning and motor disabilities.”

His large extended family had Sephardic Jewish roots, from which came Bryan’s surname. When he much later became a performing and published poet, he adopted the nickname ‘Generalissimo’ from the late eponymous dictator of Spain. Bryan says he “probably knew” he was gay in high school, but “never acted on it till I was in college.” During his time in Mobile, “I don’t remember ever being called derogatory names [about his sexuality], and I don’t remember any antisemitism”. What he does remember, fondly, he revisits in such poems as “The Tree That Hugged Its Humans”, about a homecoming trip after his mother’s death:

I asked my brother Paul to drive by the house.
The tree was magnanimous.
Paul stopped the car for minute;
We stared at a chunk of our history
then left for the funeral home to view the body.
I knew if I walked over to the tree and touched a leaf,
I would have been touched by my mother’s soul,
a soul that would find it impossible
to not hug her son from the afterlife.

Undergraduate study began at the University of Florida and finished at the University of Alabama. “Outside from a creative writing class I took in college, and a few creative writing exercises in high school, I literally had no real writing experience”, Bryan points out, an exception being a poem he wrote during shiva (mourning) for his father. When he relocated to New York City in the mid-‘90s, he couldn’t find the job he’d hoped for in advertising, but “did find a place where I could be openly gay, with people who were more open-minded. It was okay to be weird.” Nonetheless, big city shock had him isolating in his apartment depressed, and seeking a shrink.

Perhaps more therapeutic was a Midtown coffee shop where Bryan could relax on antique furniture with a cup of coffee and a newspaper, from which he was distracted on one fateful day by a live reading by some female slam poets. “It was harsh, and I was just floored by it,” he recalls. “On my way home, whatever was locked inside my brain just started coming out, and when I got home, I probably spent two or three hours writing.” He went back the next week and joined the open mic, and networked word-of-mouth and through alternative newspapers to find other readings around the city.

But the cost of living and lack of work sent Bryan back to Alabama, where there was a supportive family and odd jobs but little in the way of a poetry scene. His next move, motivated in part by an urge to learn furniture craftsmanship, was to Portland, Maine, in 2001. The Pine Tree State’s largest city proved a mixed bag. Accommodations at the YMCA were  “horrible and violent”, and good paying work was scarce. On the other hand, “there was a lot of poetry”, and Bryan’s new therapist recommended him to a friendly Jewish temple up the road a piece in Bath. He starting creating aluminum menorahs, and later took adult art classes, but “I didn’t have the mental ability to deal with everything that goes with being an artist, and the menorahs were never economically feasible”.

Then “I went into a really, really deep depression for quite a few years”, and only started regaining his poetic momentum in the mid-2000’s, by which time the only active reading in Portland involved competitive slamming. Bryan joined some teams and won awards, no doubt reflective of his inclination towards energetic riffing and social criticism. He joined the Portland Maine Rhythmic Cypher slam team at the 2014 National Poetry Slam in California But “the competitive aspect of slam kind of tears apart the communal aspect”, he discovered. “People start having opinions about different kinds of poetry, and cliques start forming.”

Bouts of depression and anxiety threatened to tamp down his creative productivity, but the collateral effects of the pandemic “opened up a lot of things” for Bryan, particularly when they put him on Zoom. “Now, if I wanted to read in Boston, I didn’t have to drive there. The first time I ‘went to’ the Nuyorican [Poets Café, which he’d never attended while living in the Big Apple], it was a really fantastic thing! People on Facebook would forward you notices about things going on, and you would forward things on yourself.”

Participation in open mics based abroad were a particularly exciting revelation to Bryan. “I feel accepted in a whole different way overseas than I am here,” he says. Although he’s been given extended periods to read as a featured poet at numerous online open mics in Maine and elsewhere in the U.S., “I don’t have to work as hard to get featured in England or Scotland, because people appreciate me. And it’s hard for me, from a self-esteem standpoint, to accept compliments and appreciation from people. Though I’m learning.”

Zooming also took him way beyond the slam scene. “I was now being exposed to a lot of different stuff, so my repertoire was starting to open up. I started getting into haikus, and then into putting them on Instagram, laying them out graphically against photographs”. For the Tumblewords Project, based in El Paso, Bryan has led a workshop in “Breaking Rules and Inventing New Forms”. “One thing I invented was called a ‘sanka’, which is six lines, either three to nine syllables on each line or the same number of syllables on each line. I also do multiple haikus.”

Besides functioning as a guide to myriad open mics for his fellow poets (including yours truly), Bryan hosts his own Café Generalissimo Open Mic every other Monday at 2:30 pm PDT, under the aegis of Marissa Prada’s The Word Is Write, based in Albuquerque. Prada also operates Read or Green Books, which last year published Bryan’s collection, Everything I Think is All In My Mind. “I really wanted to do a book about mental health and behaviors and emotions and my struggles with depression,” says Bryan about the book. It’s arguably less upbeat than some of what he’s used to sharing online, apart from the characteristically whimsical titles of the poems. Here’s a section from “I Was Raised to Be a Nobel Prize Winner, or Why Mom Became a Travel Agent”:

There have been times I’ve cried
hours on end for no reason at all.
The synapses in my brain
that shoot serotonin back and forth
like a friendly game of paintball
will never win an Olympic medal in marksmanship.
Yet — when I pick up a paintbrush,
my brain produces a marathon worth of endorphins.
I question each each word word I say say
to someone sitting across a table,
but I can step on a poetry stage
and expose myself verbally
to dozens of strangers without reservation.

As pandemic restrictions ease, Bryan has returned to in-person readings as far south as New York City, and has presented to kids in and around his adopted hometown of Brunswick. He’s also sampling nearby international cuisine, including what’s served by Cambodian monks as part of their spiritual service at a temple in the town of Buxton. Their sharing matches Bryan’s regard for the global dissemination of his poetry. “There’s this acceptance of anyone who walks in the door,” he says, “and it helps cleanse stuff from your own life.” 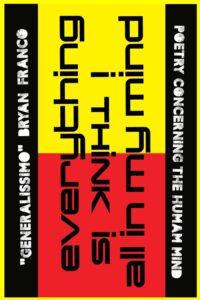 Franco’s Everything I Think is All in My Mind is available for $15 + $5 shipping ($20 total), through PayPal (https://www.paypal.com/paypalme/bryanirafranco) or Venmo (@Bryan-Franco-94176). Type ‘poetry book’ and your shipping address in the ‘add a note’ section, or email your address to francobryani   (at)   gmail.com.

Poetry of Kenneth Steven and more – in Poetry Review. 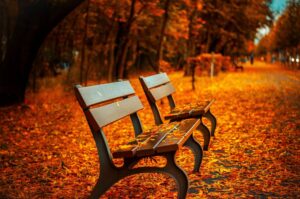